Why Did Google Remove Some of My Reviews? 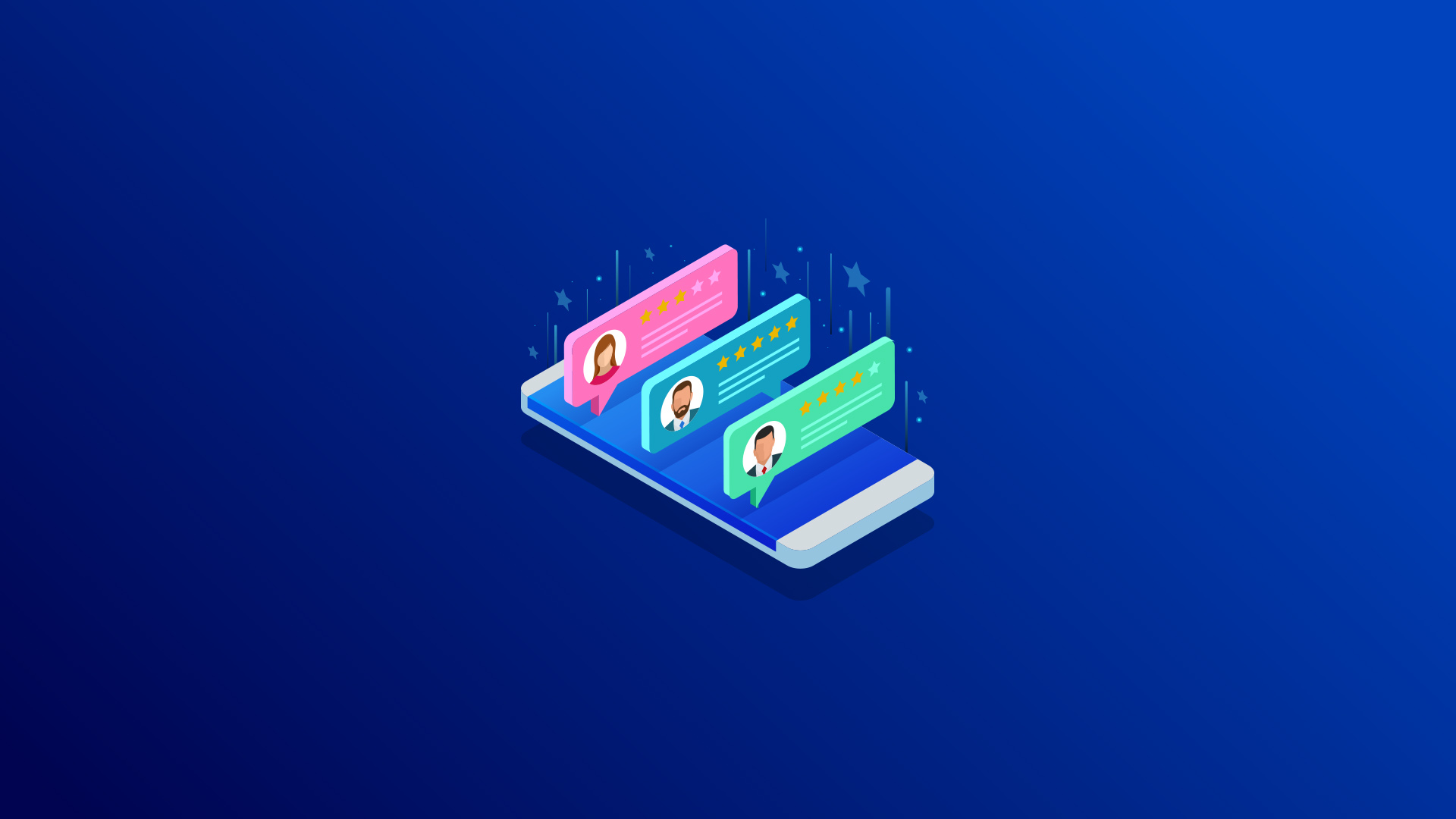 Owning a small business is challenging enough: small business owners often play several roles such as marketing director, manager, content developer, sales associate, and more. As if juggling several different jobs were not bad enough, some small business owners find that Google has (seemingly randomly) removed a review on their My Business listing. This can be challenging and frustrating, to say the least. As such, understanding how the process works is important to help you avoid losing legitimate reviews. If you depend on Google Reviews for your business now, you may want to check out why Google Ads can help you.

If you have ever found that one of your reviews has disappeared for no discernable reason, you can probably blame Google’s algorithm for the matter. It’s not an issue of reviewers deleting their reviews, as this is actually fairly difficult to do. Rather, it’s almost certainly because Google has decided that the review is fake and removed it from your listing.

Google hosts countless small businesses and employing an actual human set of eyes to review each posting would be cost-prohibitive. Instead, Google uses a specialized algorithm to catch fake reviews. Sadly, this algorithm is far from perfect, and many perfectly legitimate reviews are flagged for removal for nothing other than triggering the algorithm’s filters.

Many Fake Reviews Get Past the Filter

Many small business owners, upon hearing about the filter, get excited because they think it will help remove fake reviews from the listings for the competition. Sad to say, this is not the case: while the algorithm is notorious for removing legitimate reviews, it is also known to leave fake reviews up. In a nutshell, the algorithm is no better at spotting fake reviews than it is at leaving legitimate ones alone. This can be very frustrating for small business owners, but at the moment Google simply doesn’t have the technology to do a better job on this issue.

So, What Does the Filter Actually Do, Then?

If the filter leaves fake reviews and removes legitimate ones, you may be wondering what it does. It will periodically scan reviews and flag the ones it believes to be faked. Then, at an unspecified later time, it removes these reviews. There seems to be little in the way of a predictable schedule for when the filter runs: some business owners will have a review that stays on their listings for months disappear at the same time as other reviews that were only posted for a short time.

What Triggers the Algorithm to Remove Reviews?

Obviously, Google cannot review every single posting. There are a few things that will make a given review more likely to be screened. Usually—although certainly not always—the thing that will trigger a closer look at a given review is the IP address of the person leaving the review.

For example, if the person leaving a review shares an IP address with someone who already reviewed you, the algorithm is more likely to flag this as a fake review. The idea, of course, is that it prevents a small business owner from leaving multiple positive reviews for his or her business. Unfortunately, the implementation of the filter means that many legitimate reviews will be flagged for removal. A classic example is if multiple employees of the same company leave a review for your business: if that company uses an intranet system to connect its employees to the Internet, there is a good chance they will share an IP address, meaning their reviews may get flagged.

If the reviewer works for your business, Google will remove his or her review. While you might think this will only affect reviews posted when the employee is on your network, Google is sometimes able to use other methods to detect employee reviews and flag them as being fake.

Another thing to keep in mind is that, if you have logged into your My Business account from a WiFi hotspot, and customers later use that same hotspot to leave you a review, the algorithm is likely to remove their reviews. This means you never want to log into your My Business account from a public hotspot such as the library, a Starbucks, or other similar networks. If you do, you run the risk that any future (or past) reviews left by someone using that network will be removed as being fake reviews.

Finally, sometimes the content of the review itself will cause it to get flagged for removal. For example, Google does not permit reviewers to include a URL in their reviews. We’ve all seen the obviously fake reviews and comments left on popular websites which include a link to the commenter’s website. Google does not want to encourage this practice, and so it removes reviews that include a URL.

Additionally, if the review contains profane or offensive language, it is much more likely to be caught when Google runs its filtering algorithm. So, encourage your reviewers to steer clear of profanity, obscenity, and racial slurs.

Other things that could cause your reviews to be removed is if you pay people for reviews. Your competitors, if they know about it, can report this activity to Google. Google will then remove the reviews. The same goes for reviews that are written by an SEO company: Google will identify and remove these reviews, so it’s best to just steer clear of this type of marketing tactic.

The Consequence of a Suspended Listing

Sometimes Google will suspend a small business listing. The outcome of this will vary depending on the type of suspension.

If you have been given a hard suspension, your listing will be completely removed from My Business, and will not appear on Google Maps. All your business reviews, as well as your entire listing, is completely removed until such time as the listing is reinstated.

If you receive a soft suspension, your listing will remain, but it will be classified as unverified. This means you will lose all the reviews that are attached to your listing.

Although Google does sometimes maintain duplicate listings for a single business, reviews that go missing should not be presumed to be tied to a different listing. While Google can manually move reviews from one listing to another, it is rarely done, and even then, only because the owner of the business requested it.

Have the Reviews You Left Been Filtered?

If you have ever wondered whether Google has filtered out reviews that you left, there is an easy way to check. Simply login to Google Maps, click on the “hamburger” icon in the upper left of the screen, navigate to “Your Contributions à Reviews” and look at the number they have listed for the reviews you have left. Then, copy the URL and paste it into an Incognito browsing window. You will see your Google profile like others do. If the number of reviews displayed there is lower than the number displayed in your normal browser window, it means Google has filtered out some of your reviews.

To determine which reviews have been filtered, just look for reviews without a “like” or “share” icon. These are reviews that Google has determined to be “fake” and has removed. This will only work for actual reviews—not just instances where you gave a rating without a review to accompany it.

What if Google Filtered Out My Reviews?

If you determine that Google has removed some of your reviews, first eliminate the possibility of it being a bug. You do this by referencing the number of reviews displayed on your listing against the number of reviews that the listing states it has. If those two numbers are different, you could very well be experiencing a bug.

While you probably won’t be able to recover filtered reviews, there are a few proactive steps you can take to minimize the chances of reviews being removed. One of the most important things is to try to get a dynamic IP address if customers use your Internet connection. This will prevent the issues that arise when a review comes from the same IP address as an earlier review or even the business itself.

Also, don’t offer an onsite review station. This is a very common way to have your reviews removed.

Assuming you are following the above practices, try not to stress about an occasional disappearing review. These things happen sometimes, and that’s just part of having a business. Also, you can check with customers whose reviews have been removed to see if they would object to you posting the reviews on a 3rd party testimonial site.

Black-hat SEO is an under-the-table Internet marketing strategy that has branched off of original SEO techniques that help improve your business’s online presence by increasing your website and social media pages’ positioning and traffic on popular search engines. Black-hat SEO basically refers to any SEO techniques that specifically target search engine positioning rather than improved […] 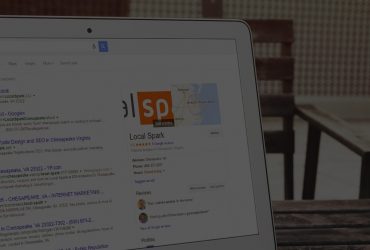 Why Do I Need SEO?
Search Engine Observations by Matt Smith

With the ever-increasing advancement and relevance of technology and specifically technological tools in the business world, utilizing SEO (search engine optimization) as a marketing tool for your business is more important than ever. Many businesses are unwilling to allocate a significant percentage of their income toward SEO marketing because it is a long-term marketing strategy […]